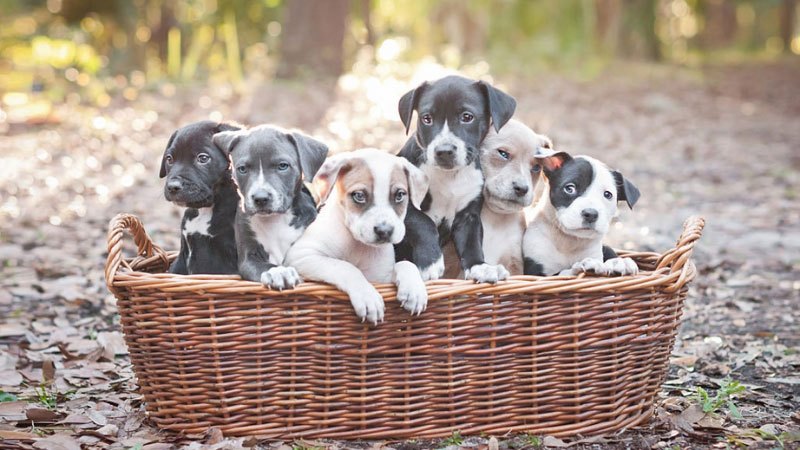 At What Age Do Pitbull’s Stop Growing

A question that we are getting a lot. At what age do Pitbull’s stop growing. IS this at six months, a year or at two years? There are so many different answers on the internet, that it is hard to know for sure what the right answer might be.

With this article, you will get to know more about the size of the Pitbull and at what age they will normally stop growing. You will also be able to get other, essential information that will influence the growth of your Pitbull.

The Normal Size of an Adult Pitbull

One can find a muscular Pitbull, that isn’t large in size, but that is large in muscles. This is mostly because most Pitbulls are designed for being strong and having muscles. But, in general, most of the adult Pitbulls are the same size and weight.

On average, the Pitbull females range from 17 to 20 inches in height and weights normally between 30 and 50 pounds. The males are larger than the females. They are 18 to 21 inches tall and weighs between 35 and 60 pounds. You can see how large a Pitbull puppy will become, by just looking at his parents.

A General Rule of at What Age Dogs Stop Growing

In general, there are different growing rules for larger dogs and for the smaller dogs. However, for the Pitbull, the rules are completely different. For smaller dogs and medium dogs, the dog will stop growing when it reaches the age of one year.

The larger and giant dogs, that are larger than the normal dogs can grow up to two years of age. They will grow until they are two years old, or until they have reached their generic size.

At What Age Do Pitbull’s Stop Growing

Under normal circumstances, a Pitbull will fall under the small to medium dogs. However, they only stop growing when they reach the age of two years. During the last year, it is mostly their muscles that are growing, but he is still growing. He completely stops growing when he reaches two years old.

People think that just like any other medium-size dog, the Pitbull doesn’t grow after one year of age. In some cases, this is the truth. It depends on the type of Pitbull that you might have.

With the American Pitbull, that are muscular and really strong, they are growing stronger muscles during their second year. They might still grow in height, but this is mostly because of muscle gain.

There are a couple of things to consider when you want to know at what age your Pitbull is going to stop growing. The first thing that you should look at, is the dog’s parents and bloodline.

With some vicious Pitbulls, their muscles will continue to grow, even if they don’t grow in height anymore. Making them more muscular and stronger. If your dog is over one year of age, and it is reaching a similar height as his parents, then you can know for sure that he has stopped growing.

Just because it seems like your Pitbull is fully grown at one year, it doesn’t mean that it will still grow up to two years of age. The dog can temporarily stop growing, and then the muscles just start growing and gets stronger.

Between one year and two years, it is mostly the muscles of the dog that is still growing. Giving him the appearance that he is growing larger in size.